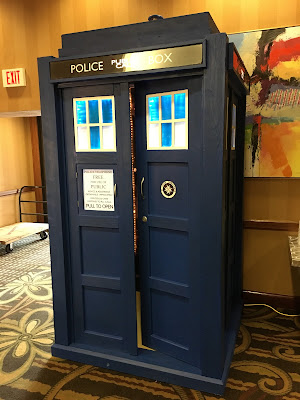 Midsouthcon 2018 continues! If you missed the previous posts, here they are:

(A smart blogger would have thought to take a photo of this event.)

These informal breakfasts with individual guests of honor are common at Midsouthcon, though this is the first time I went to one. It was great, and I’ll be going to more in the future. The six of us eating with Mike grilled him about his career, how he got started editing (it was tabloids), his interest in Africa, the other places he’s visited, the ups and downs of dealing with Hollywood, and his working hours (he’s pretty much a night shift worker). 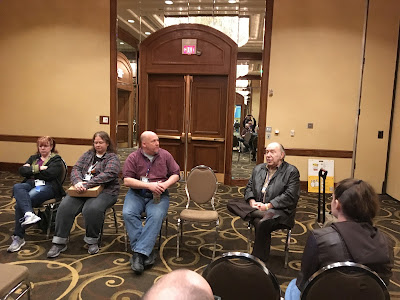 This panel explored the differences between writing short stories and writing novels. A few of the items discussed: 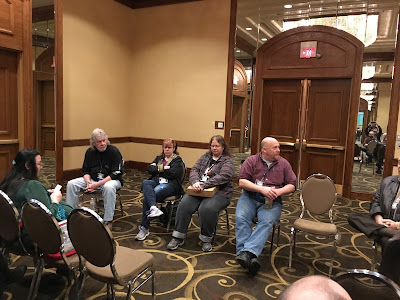 As a side note unrelated to writing: if you’re on a panel at a con, I recommend you remember what year you’re living in before describing the state of California as “the land of fruits and nuts.” Not cool. 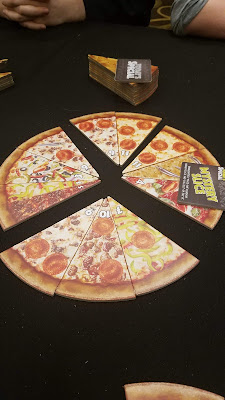 How could a pizza-lover not try this game? I saw a lot of people playing it, and eventually got a few minutes to give it a shot. The challenge in this game is to divide up the randomized pizza in such a way that other players can't get too many of the slices they need to complete sets. The most exciting thing is that my friend Jenny ended up winning a copy in the raffle! 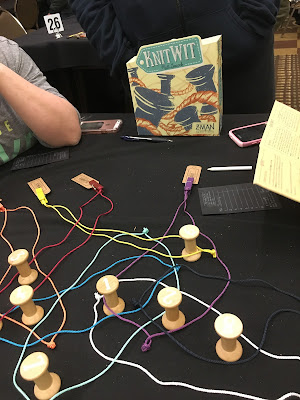 I didn't know what to expect from this one, but it turned out to combine spools and loops of thread with a word game. It was pretty clever. I didn't win this one either, but I blame the noise level in the game room around raffle time. (If you think you see a pattern where I make excuses for not winning games, you are totally imagining things.) 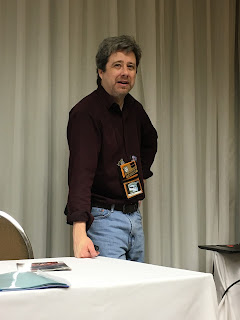 John lived in Memphis when he was younger (like me) and has come to every Midsouthcon since the mid 80s (also like me), so it’s strange to me that I didn’t meet him until this year! I knew of him mostly as a novelist, so didn’t learn until this panel that he got his start in comics, in around 2003. John said that most kids’ mothers threw their comics away, but his mom—a librarian—made him put his in order.

John’s panel was a good one, demonstrating the basics of comic scripts. He talked about Marvel style vs full script, and what kind of things he likes to leave up to the artist, and how he breaks down what goes on which pages and different ways of dividing that into panels. 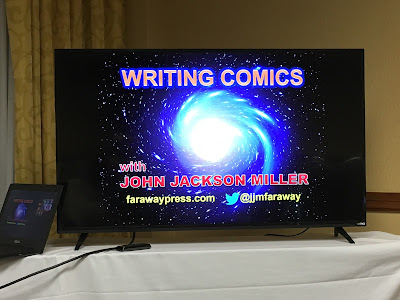 
Let's end this with one last duo of cool costumes: 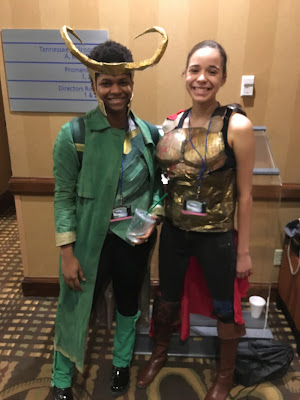