MidSouthCon 2018 continues! If you missed the previous post, here's a link: Day 1.

Day two of Midsouthcon, on Saturday, is always the biggest day—because it’s the only full day for this con. It’s also the day of the costume contest, which gives me more photos to show off. 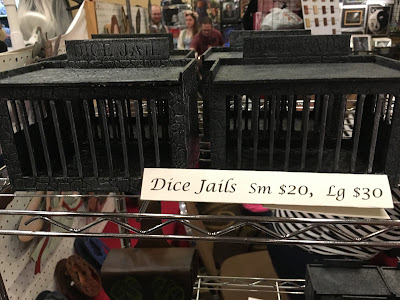 This is always a highlight of the show for me. Yes, I did buy some dice, but it didn’t count, because they were for my wife! (If I sound defensive, it’s because some unbalanced people have implied that I already own enough dice.) There weren’t many RPGs available for sale, and none I needed, but I did score a copy of the Necronomicon. I thought about buying The Captain is Dead or Betrayal at Baldur’s Gate, but snoozed too long and they sold out. 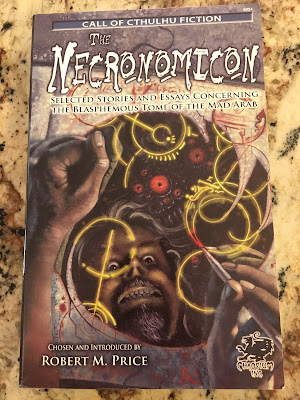 Panel: What Does an Editor Do? 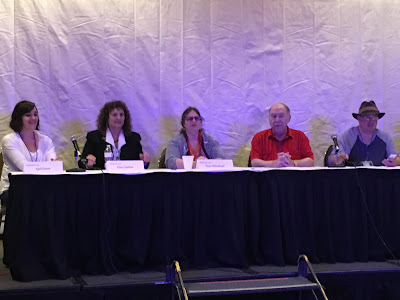 A few tidbits from this panel:

We got in some more time at the board game library today. 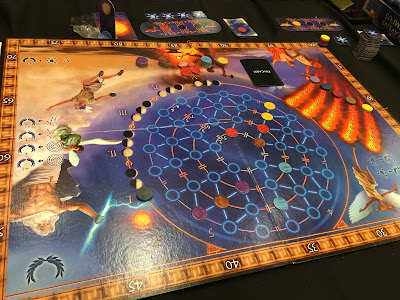 We tried playing this one but couldn’t figure out the rules in the time we had available. Next!

Game: The Captain is Dead 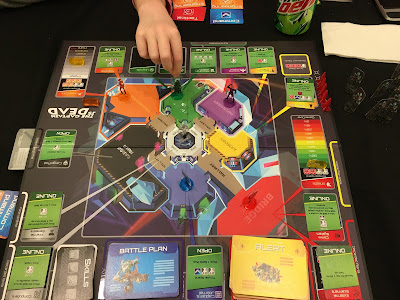 This was a fun one! It took a while to set it up and understand what we were doing, but once that was done we liked it. It’s a cooperative game where you’re the crew of a starship that’s been struck with disaster, and you have to work together to fight off enemies and hold the ship together long enough to fix the drive and escape. I had to get to my next game before we finished this one, but my fellow player Jenny said that even though they lost, she plans to buy the game. 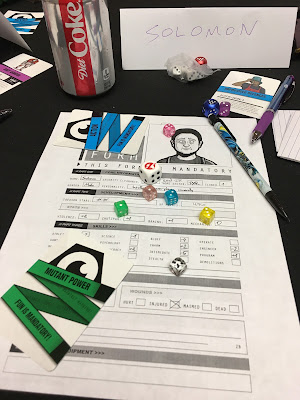 Kerry Jordan, my favorite Paranoia GM, ran an introductory game of the latest edition of Paranoia. I’ve read this version but this was my first time playing. It was a surprisingly low-lethality adventure, I think because we started it without mutant powers, secret societies, built-in rivalries, weapons, equipment, or team roles. So I can't really report on much of the game. (This was an adventure from the core box itself, so I hold Kerry blameless for the lack of clone churn.) I kinda liked the cards, and as usual my wife demonstrated that she was born to excel in a world like that of Paranoia. (Which is good news, considering the way our government is going!)

Let's wrap this up with the best costume photos I took today... 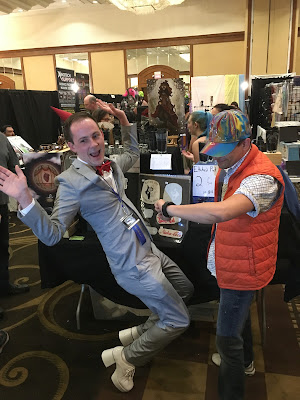 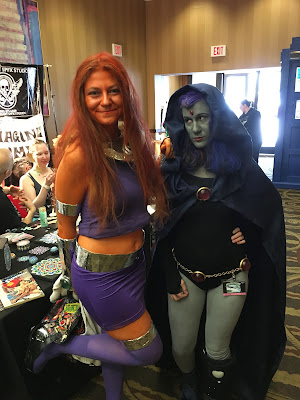 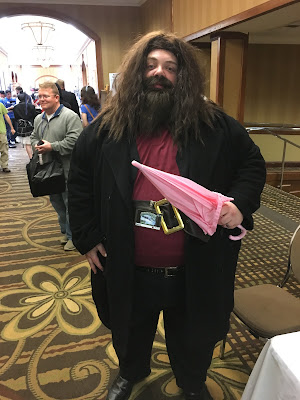 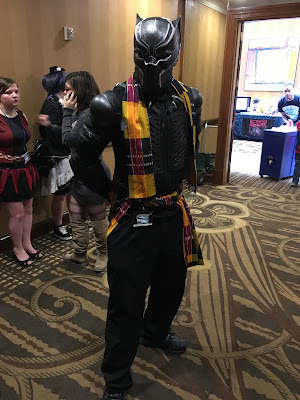